Kids learn the basics of fitness and athletic skills when they play youth sports. They also learn about ethics: fair play, teamwork, integrity. Or so they say. 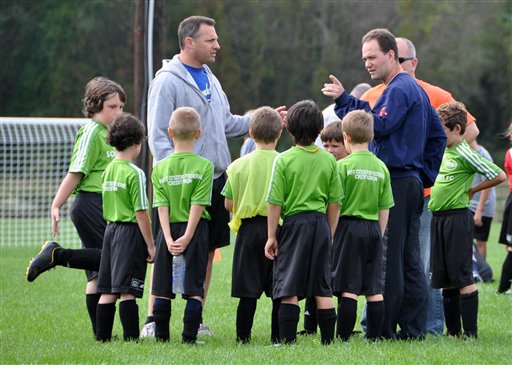 In The Sport Behavior of Youth, Parents, and Coaches, authors David Light Shields and Brenda Light Bredemeier evaluated responses to a survey of 803 athletes ranging in age from 9 to 15, as well as 189 parents and 61 youth sports coaches. They found:

Step out of the studies and into the current reality of young people looking for a balanced, rewarding athletic experience. My daughter, 11 years old at the time, was thrilled a spot opened up on a hot “comp” soccer team. When the goalie on her friend’s team tore her Achilles my daughter was asked to play her position.

The team practiced over 30 minutes away in rush hour and cost a small fortune. Still, the coach was British, the girls were nice, the paperwork minimal, and my daughter had a great time. For six months.

Then the original goalie was healthy again, the season was over and it was time for try-outs. We received a “congratulatory” call telling us our daughter had been placed on a team at higher age level but one less competitive than the summer team.

Weren’t we thrilled? We were not. The girls on the team she was moved to were up to two years older. At that age, it was a huge difference. They had cell phones, boyfriends, and hormones. My daughter wanted to play with the friends she had made. We turned the spot down and she was without a team at all.

Sports are supposed to offer the chance to learn what solid teamwork is, beginning with getting to know people well over time. They offer skill-building, work ethic development, and the benefits of regular exercise. Through them children can learn how to win and lose graciously and handle disappointments.

The things my daughter learned from and with the children involved in her soccer team were positive: skills, friendships, resiliency when things did not work out. What the adults offered her was less appealing.

She saw adults fudge rules when it worked to their child’s benefit and learned that knowing someone—in this case her friend whose mom was the team manager—could get her a spot on a team. She learned that some children play aggressively or when injured because their parents expected it of them or play a sport their parent love even if they do not. She observed some stunningly poor sportsmanship—the father of her teammate screaming at the referee is an enduring memory. She learned about parental pressure around performance and money. You could say she learned about playing hardball.

Recently, my daughter’s young friend was hit by a car and died on his way to basketball practice. He love basketball, studied it, wrote about it. In a school essay, read at his memorial, he observed that sports were a lot like life: There were moments of unfairness and things a player could not control. He chose to focus instead on what he could control, his attitude and effort. What a gift it would be if his observations were what all children learned from playing sports.